How to create your own Animated Musical Holiday Light Show** Ever** **wondered how to create those animated musical holiday light shows that you’ve seen on YouTube? Now you can with this step-by-step article that shows how to build a .NET animated musical show and be the envy of your neighbors!

StreetDeck Software StreetDeck software is the ultimate must-have software for pimping out your car. StreetDeck includes, GPS Navigation, internet-enhanced navigation using Google Maps or Microsoft Live Local, Media Sync for your MP3 collection, games, and best of all, there’s an SDK so it’s fully customizable. ** Cost**: $199.99 **Get it**: StreetDeck software on MP3Car.com **Code it**: Streetdeck includes a SDK for programming using VB Script, similar to Office VBA, and you can also build a .NET add-in in Visual Basic, C#, or C++ by making it available through COM.

eStarling Wi-Fi Email/RSS-Enabled LCD Frame This frame enables users to either run an email configuration or RSS feed configuration so you can choose to write an application that dynamically sends an email (say from a Webcam periodically), dynamically upload your pictures to Flickr, or create your own RSS feed with pictures.

Cost: $249.99 Get it: eStarling page on ThinkGeek.com Code it: You can use Sam Judson’s Flickr .NET API to easily programmatically send pictures to Flickr, or use the FlickrWebCam application to have mom get real-time pictures of you from your Webcam or use the SmtpMail Class to email a picture attachment in one line of code. 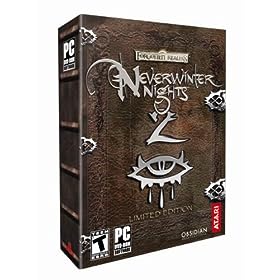 Cost: ~$34.99 Get it: Neverwinter Nights 2 on Amazon.com Code it: The Neverwinter Nights game builder is written in C# using the .NET Framework and you can write Game Builder plug-ins using any Visual Studio 2005 language including VB, C#, or C++. 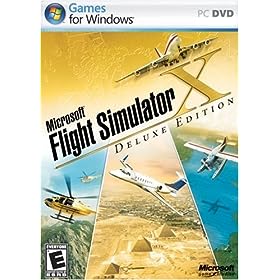 Nothing says chick geek like a scrolling LED Belt Buckle. It can hold up to six messages at a time with each message containing 256 characters.

Get it: Scrolling Belt Buckle

Afraid which new video card is right for you or are you on a laptop? The Matrox allows a coder to have up to three monitors with the TripleHead2Go (two with the DualHead2Go) with only one video input. Multiple monitor support is build into Windows. While having that many monitors may seem a tad excessive, they do help boost productivity and help the keep workspace less messy.

Like the Coding4Fun Gift Guide, then Digg it, did we miss something? Email us at [email protected] to get it added!

Warning: The Coding4Fun team is not responsible for any side effects resulting from programming this holiday season including but not limited to exhaustion, delight, sleep deprivation, electrocution, hunger, and poor hygiene. Please remember to write code responsibly.

Thanks, The Coding4Fun Team